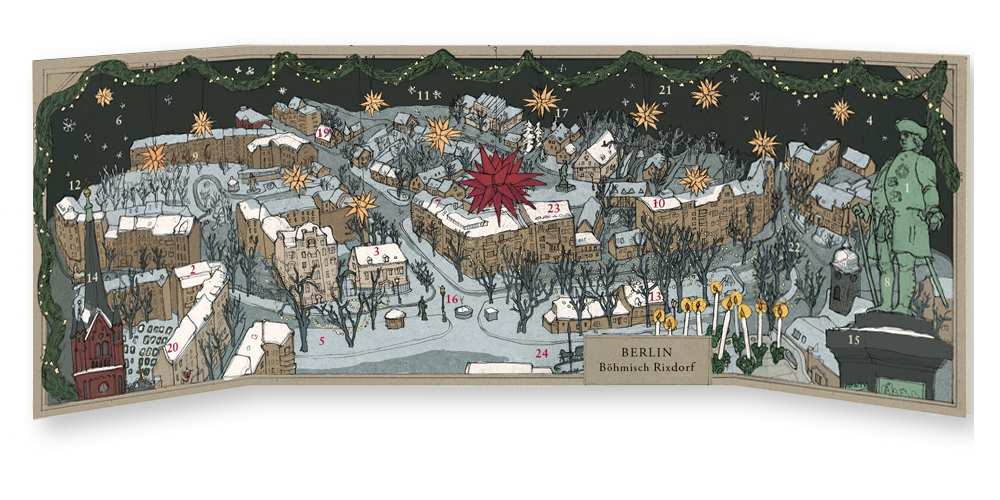 Not far from Karl Marx Strasse, right in the middle of Berlin, the surprised visitor stumbles across the historic village Rixdorf centering around the former village green and the still existing blacksmith’s workshop. Only a few meters further he reaches the Bohemian village established in 1737 by King Friedrich Wilhelm I. for Bohemian refugees prosecuted for their religious beliefs. The old Moravian Church they belonged to is the oldest protestant church in the world. After the Thirty Years’ War Bohemia was re-catholicised by the Habsburg sovereigns. The Unitas Fratrum retreated into the underground and it was only after the founding of Herrnhut in Lusatia in 1722 that the Moravian Church was re-established. As a sign of their gratitude the villagers erected a monument to the king in Kirchgasse (Church Lane) in Rixdorf.