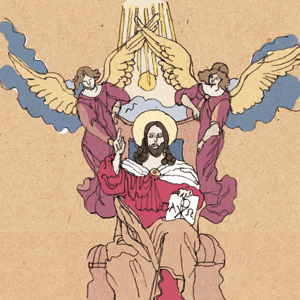 A ship is coming laden

The commemorative plaque at the campanile, the bell tower of the Church of the Redeemer (“Heilandskirche”) in Sacrow, shows wild flashes. It commemorates the 27th August 1897 when the Physicists Adolf Slaby and Georg Graf von Arco succeeded in the wireless transmission of signals over a distance of 1,6 km to the naval base Kongnaes. For their first experiments with radiotelegraphy they simply converted the bell tower into a radio mast. Earlier experiments in Charlottenburg had disarrayed the entire telephone traffic.
When building the wall in 1961 GDR border troups included the bell tower into the barrier and attached heavy concrte slabs directly to its walls – the church was now situated in the no man’s land between East and West. The first joint service after the opening of the borders was held on Christmas Eve in 1989. Since then the church that seems to be anchored in the River Havel like a ship is part of what was conceived as an undived Prussian arcadia. Inside the church Christ in his glory watches over the world.