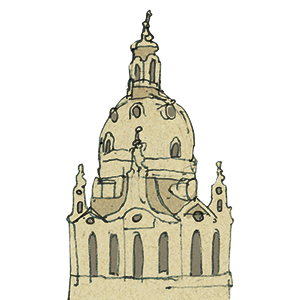 Until today the “Huschen”, iron sliding carriages used to transport the sandstone blocks down to the barges on the river Elbe, and the terraced working areas bear witness to past activities in the numerous quarries. For centuries sandstone from the banks of the river Elbe was an important building material for churches and public buildings in the entire region. The heyday of quarrying was during the Baroque era. The location of Dresden made it possible to build the Dresden Frauenkirche (Church of our Lady) using stone from the immediate vicinity of the city; the material used to rebuild it also came from quarries near Pirna. In total 28 000 m3 of sandstone were used in the restauration work; this includes more than 4000 blocks from the original building before its destruction in 1945 that were reused. 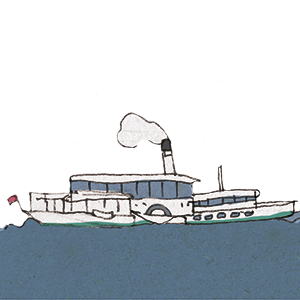 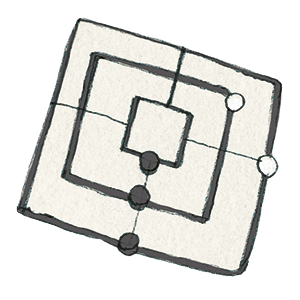 Crossing the Wolfsschlucht (wolve’s gorge) one reaches the impressive outlook on the Hockstein. During the middle ages a castle was situated on this outcrop. Its garrison must have been terribly bored since they whiled away time playing nine men’s morris. They marked out the board on the rock, its lines are still visible today.
The ages of nine men’s morris is unknown; the oldest plan for this game was discovered on a roof tile from the ancient Egyptian temple at Kurna and dates to around 1400 BCE. Later the Romans traced the plan into the stone pavement of public places. It even can be found in Aix-en-chapelle; in the palatinate chapel it is engraved into the marble slabs of the throne which were brought from Jerusalem.